BOOK IN WITH KEN 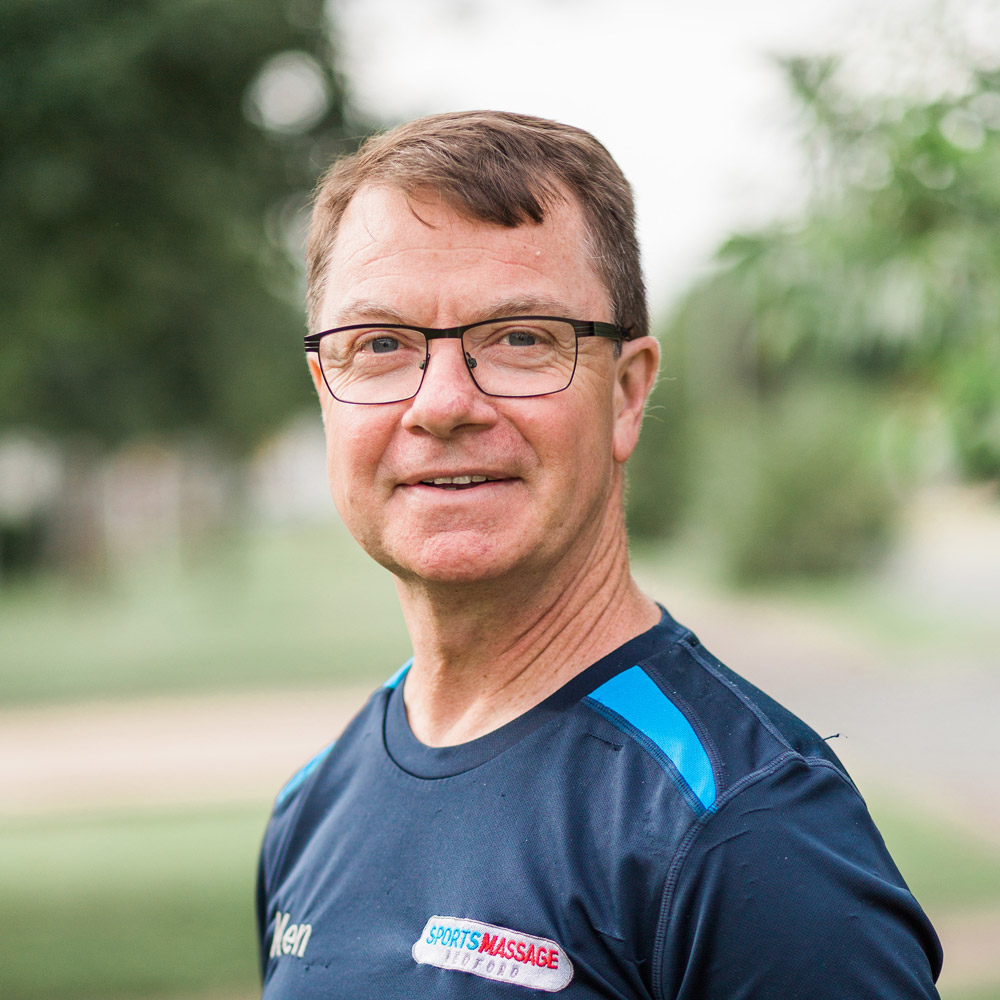 A little more about ken

Completed courses in Kinesiology taping and is a qualified AiM Practitioner (Anatomy in Motion). Ken’s AiM course was with Gary Ward from “Dr in The House” Just Google him see how ground-breaking and effective the treatment is.

Ken works out of Sports Massage Bedford at Core Performance and also Sports Massage Bedford Kempston. His journey into sports massage started in 2001, following a major decision to look for a complete change in career due to a period of work-related stress. Ken worked out quite quickly that the only real stress issue he was dealing with back then, was work related…. He had worked for Royal Mail for almost 20 years at that point, worked his way up the ladder from telegram boy to a middle management role. The working environment was an aggressive one to work in day to day and following a short period of absence, he took control and decided to leave Royal Mail.

As Ken had nothing to fall back on, he needed to retrain. So he spent 6 years taking evening classes and training in relaxation therapies. Whilst this went well, he didn`t see it being the “career” he was looking for. In 2006 Ken took a short sports massage course. The penny dropped, this felt right, this is where he felt he could find a career. Ken then signed up with The Oxford School of Sports Massage – An amazing course, that gave him so much confidence he was going to make a career in sports massage that he finally gave up employment of 25 years with Royal Mail. A huge gamble which has paid off. 13 years on and he’s never looked back.

A career and a business has developed which has taken Ken around the world doing sports massage – Belfast, Italy, New York and numerous towns and cities in the UK. Ken has been honoured to work with England Dodgeball  and has headed up their soft tissue team at several competitions including two European Championships and one World Championship. Seeing England crowned Mixed and Women’s World Champions in New York has been his proudest achievement to date.  Ken also has a passion for endurance charity challenges and has raised over £20,000 for various charities. This has involved both cycling and running from the west coast to the east coast of the UK, running from Bedford to London to collect his London Marathon race number, running the London Marathon with a 25lb backpack on and also completed the Fan Dance, the SAS qualification march over Pen Y Fan in Wales!

“My workload increased so quickly I decided to work with likeminded therapists to be able to offer more treatment slots for more clients and now work with Katie, Richard, James and Phil out of three  different locations Bedford, Kempston and Milton Keynes.”

“I am proud to be the founder of Sports Massage Bedford and proud to be developing the business to offer more opportunities for all clients including those we are yet to meet. “

Booking in with Sports Massage Bedford guarantees you quality, knowledgeable treatments. Trust us to look after you.